There Is No Sin’s Monkey Troubles 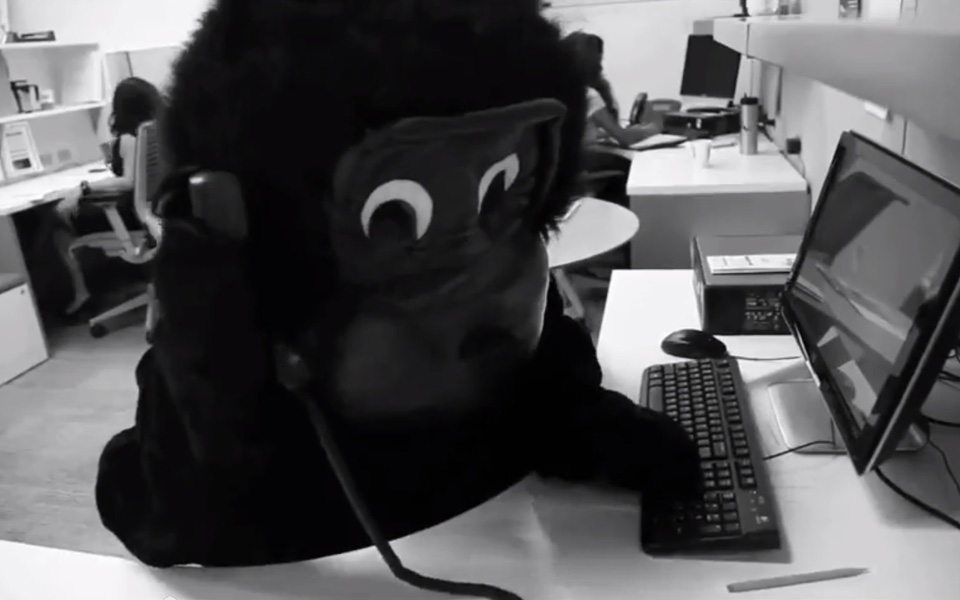 It’s here! The brand new video for There Is No Sin’s recently released CD We Are Revealed was completed recently by filmmaker Rukshan Thenuwara.

Like the video for “El Cid,” this one too was shot in California. The costume, the official mascot for local pub The Snug, was shipped from Maine to be worn by an “as yet to be revealed” actor.

The plot was developed by There Is No Sin’s Troy Keiper but Mr. Thenuwara brought a bit of lightness to the theme. Keiper says, “The video had all of the elements that I’d pictured but Rukshan saw the humorous side of the monkey’s life. I adore what he did.”