Portland Maine Live with There Is No Sin 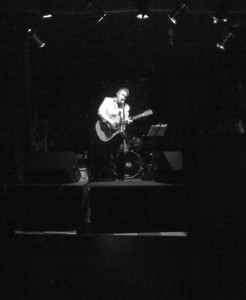 It was a rather intimate affair at Geno’s in Portland last week.

Joshua Madore and his band hosted a fun show. It was the last of 2009’s music for There Is No Sin. On the heels of the debut CD, it was fun to hear the music played live for the first time. The crowd was great and they were drinking heavily which I’m sure Geno’s enjoyed.

Troy played with a music stand. It interesting to see since the songs were so fresh. It was fun to hear how aggressive the songs became in a live venue. Almost like punk folk!

The next show for TINS will be at Blue after the holidays. We’ll give you the details asap.